The European Buddhist Union (EBU) is the umbrella organization of Buddhist communities and national Buddhist unions in Europe. The EBU is open to all schools and traditions of Buddhism in Europe wishing to unite on the basis of Buddhist teachings and work together in spiritual friendship and respect for diversity. Their main goals are to facilitate international exchange and promote spiritual friendship amongst European Buddhists, to support social action and ideas motivated by Buddhist values, and to amplify the voice of Buddhism in Europe and worldwide.
The EBU’s president, Ron Eichhorn, approached me because they needed a poster for their yearly conference. They wanted a poster in which you could immediately recognize the relation to Buddhism, without being the standard poster you mostly see for such events.
I wanted to make a very minimalistic poster, representing the head of Buddha, but in a pretty unconventional way. The colors I have used are the colors of the European Union flag and EBU’s logo.
There are two versions of this poster: in English and in French. 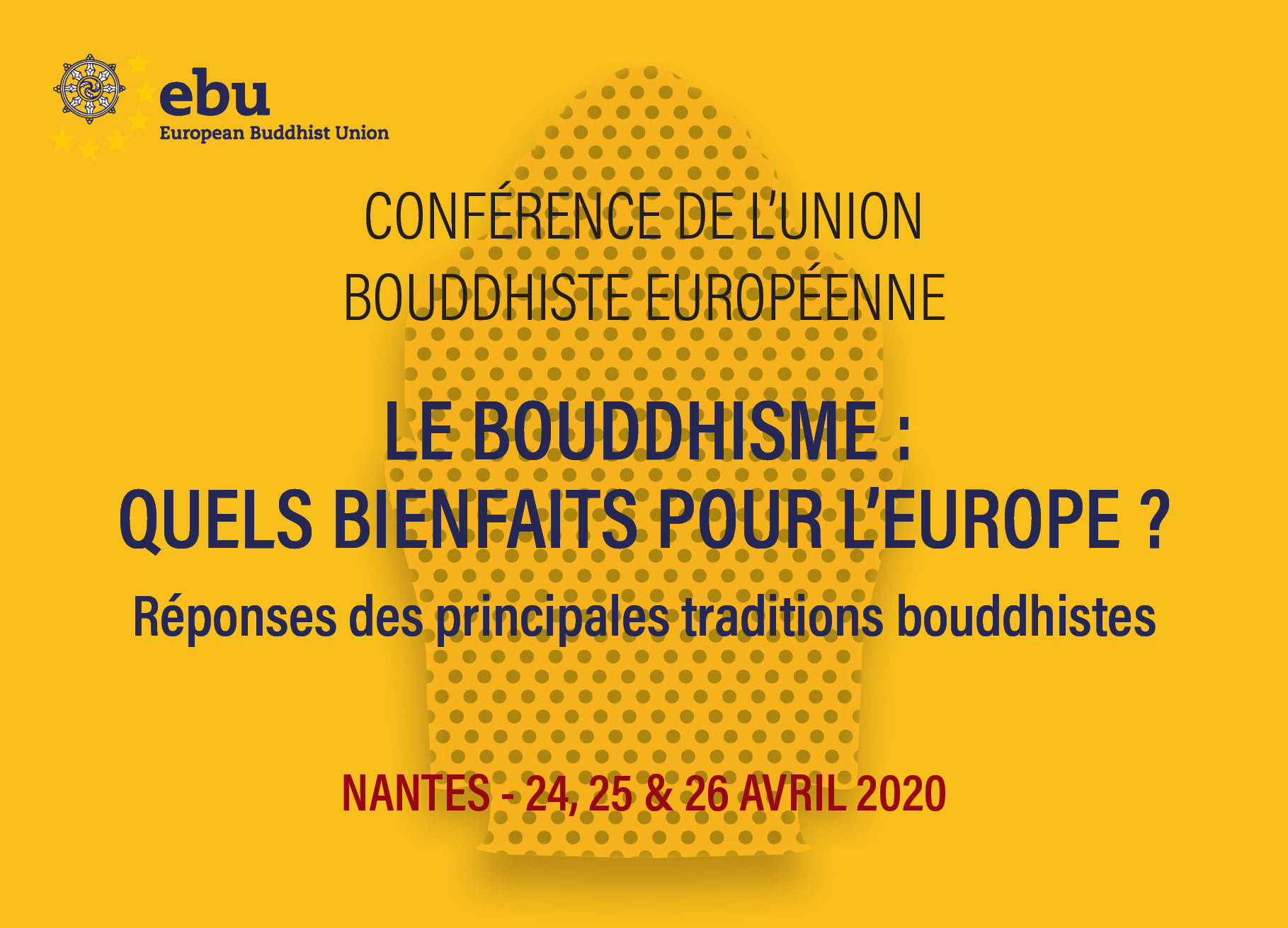 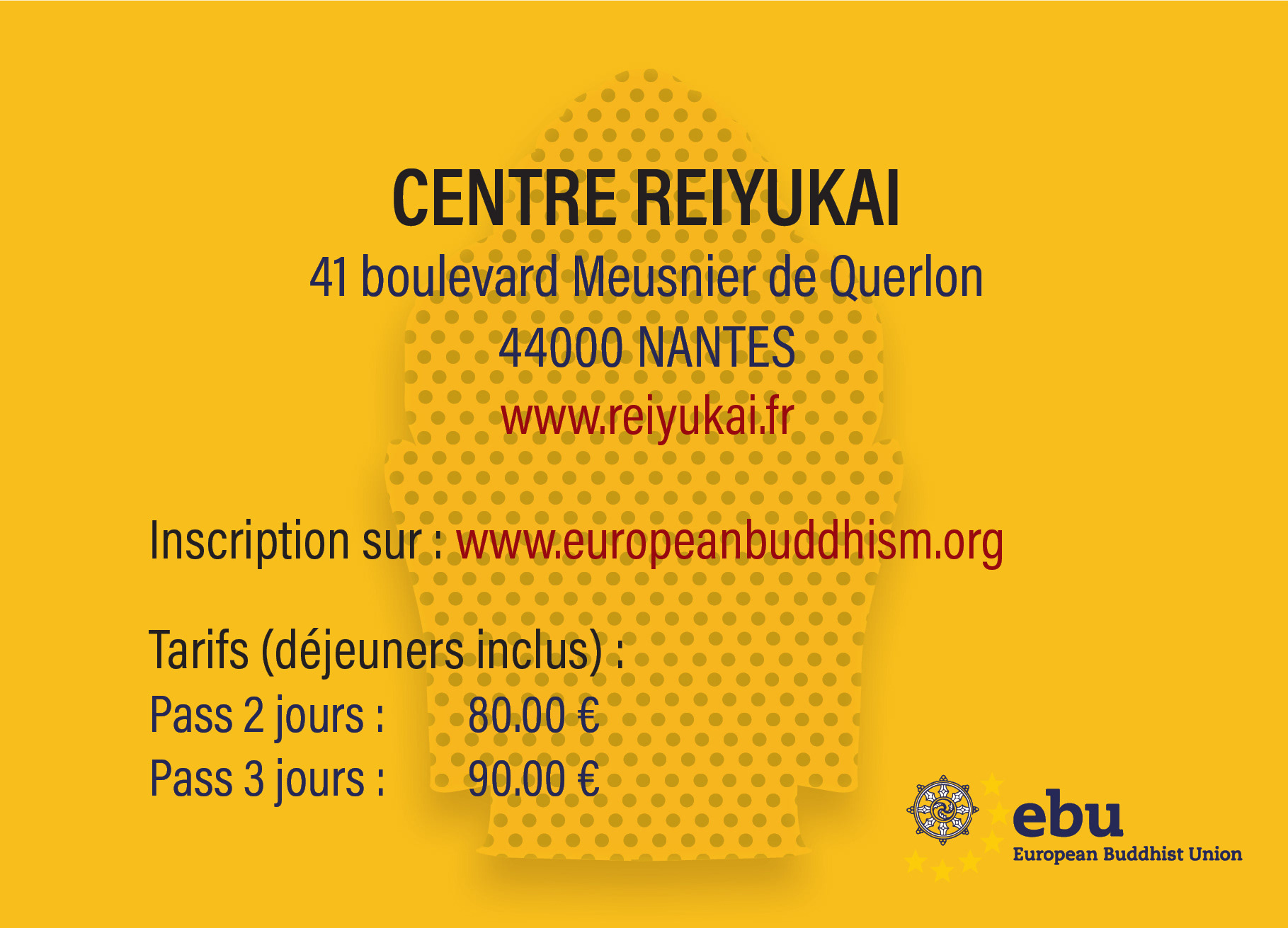 The European Buddhist Magazine #7
↑Back to Top